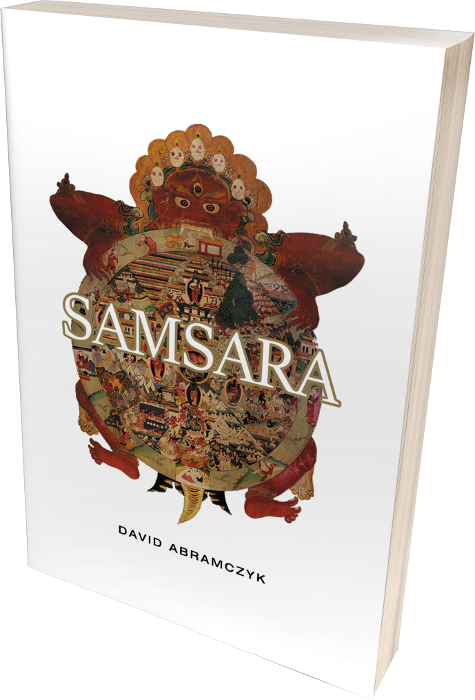 Jupiter, an American drifter down on his luck, finds himself wrapped around the finger of a retired French heroin smuggler. Circumstance quickly leads him across the globe searching for clues to the smuggler’s secret. He lands headfirst in Nepal, a country still reeling from civil war, & is befriended by Maya, a British diplomat’s daughter with connections & attitude. Before Jupiter can get his bearings, Jack, the last remnant of the heroin ring, surfaces unexpectedly. On a dimly lit back street their lives are threatened. Suddenly the trio is on the run, making their way for the remote border of western Nepal. As they climb higher into the Himalayas, they battle for survival and encounter danger at every turn. Gradually the true meaning of Samsara begins to unfold, becoming more apparent as they toil towards possible safety.

Samsara details the tragic historical events surrounding the resistance movement of the Tibetan Freedom Fighters, a band of brave soldiers who fought against Chinese occupation of Tibet for over fifteen years. Trained in secrecy at US army bases through a covert CIA operation, they eventually established a base in Mustang, an isolated kingdom in the far reaches of Nepal. An abrupt shift in political policy suddenly left the Tibetan guerillas abandoned. When juxtaposed against current US policy, it echoes an all too familiar precedent. This novel is a commemoration of their remarkable yet heartbreaking tale.